At that time I was 54 years old, a little bored and just recovered from cancer, I was not feeling very well.

I had been working for thirty years in the insurance sector, the last 18 of which for the same reinsurance company in its Milan subsidiary: I knew most of the people in the Italian insurance market and between reinsurance treaties and industrial risks I had evaluated at least 20,000 prospectuses.

I still liked my job but it hadn’t held any surprises for me for a long time, until the day when a corporate restructuring was announced and I found my function in the list of those to be eliminated.

I had to change my life, I decided to go on a trip to Burma, to break away from the routine and start planning again with a fresh mind.

I enjoyed the trip so much that despite my situation as a candidate for unemployment I came back to Milan with a lot of energy and optimism.

First I decided to write a book: an underwriting manual that concisely explained what I had learned in thirty years of professional experience.

I organized a presentation of the book, which I gave to my clients and brokers, announcing that I would be leaving my position and that I wanted to thank them for what I had learned from them and say goodbye.

As for me, there was no need to worry, I would have done something: I was undecided whether to open a bar or more modestly deliver pizzas with my scooter.

But as a reinsurer, I was lucky enough to have many insurance companies among my clients, including Generali, where I had already worked in the past, both for the Head Office in Trieste as well as for the companies that would have been integrated into the Group: Assitalia and Toro.

For years I had daily contact with Generali and its managers and employees, some of whom I considered my mentors were already retired, others were still reliable business partners in a close relationship based on reciprocal trust and friendship built over a long time by working together on common projects.

One of them told me about an open position in Prague, as GC&C casualty underwriting coordinator for Central and Eastern Europe.

I had never been to Prague, but this prompted me to send my CV immediately: I needed something new, to get back into the game.

The city is beautiful: with a great choice of cultural events, exhibitions, music, theatre, with a large international community of university students and navigated professionals.

At the same time, there is a lot of greenery and you can take beautiful walks along the Vltava or in the city parks which are often as large as authentic forests.

I met my future bosses during the selection interviews: they were much younger than me but there was an excellent understanding immediately.

I also met a former colleague from Trieste who in the meantime had made some progress in his career: he had become CEO of the Holding for Central Eastern Europe and a member of the board of Assicurazioni Generali.

Luciano, wanted to greet me personally even though we had only met a few times in Trieste office more than twenty years before, he was very kind to me, chatting about memories of the old times.

Not only did the company have the courage to hire an old and run-down underwriter like me, but it went out of its way to make my life easier with flexibility and pragmatism – an exemplary case of diversity and inclusion.

I found a very friendly working environment, so different from the competitive spirit typical of the Milan business community: we have lunch together, we celebrate birthdays with simple refreshments and small gifts, we often meet outside the office.

I have contacts with more than forty underwriters from 12 different countries, to whom I have tried to teach what I knew and, above all, from which I have learned a lot about the different peculiarities of their markets.

I translated my book into English and gave it to them too.

The hardest thing was learning their names, I’m dyslexic, and I confuse letters, especially those of foreign words or names.

In Poland, three of the six local underwriters are called “Marcin”, at first, I always phoned the wrong colleague with hilarious misunderstandings.

But I soon realized that underwriters speak the same language even when everyone speaks a different one and it was very easy to integrate.

I have travelled a lot, I have organized various training events. My colleagues are curious, intelligent and motivated people, often very cultured and with a particular sense of humour.

Now I am 57 years old and I do my job with interest and passion, I feel great. 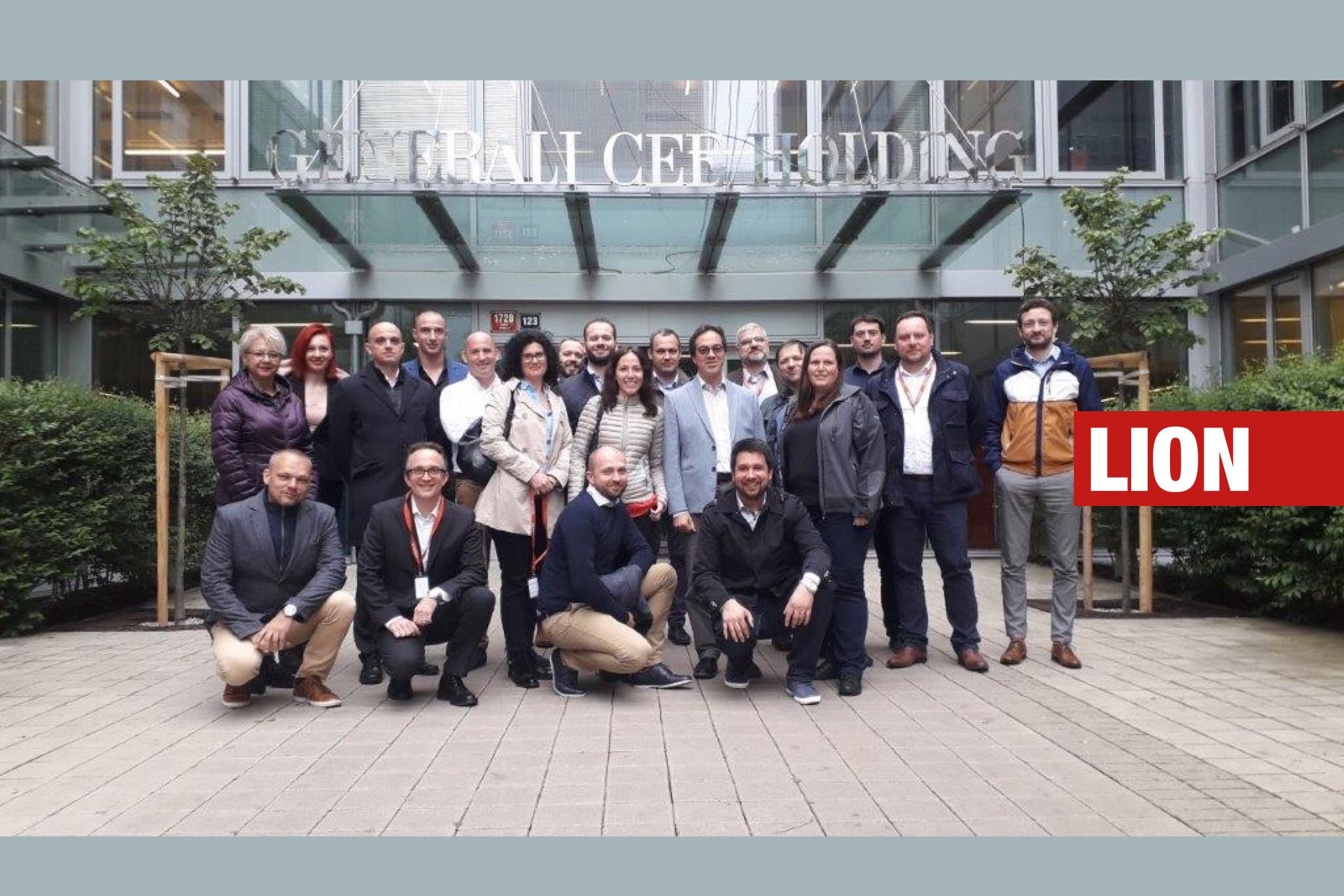