Leap of Faith with the Winged Lion

I joined Generali Life Assurance Philippines, Inc. (GLAPI) in 2016 and I remember that moment when I felt I was not ready for the role being offered to me. I was afraid of stepping out of my comfort zone as self-doubt started to creep up on me. Before joining GLAPI, I was working for a non-life insurance company for several years and shifting to a life insurance company was quite the leap for me. It took some encouragement from a colleague who reminded me that I once also said that I was not ready for the role I held during the time. So, I realized that we are never truly 100% ready for new opportunities and sometimes we must jump in headfirst to grow.

Fast forward in February of 2018, I was recognized as one of the Generali talents for GLAPI and meeting our Regional CEO, Rob Leonardi, for the first time was amazing and empowering. It was a very memorable encounter for me as I will always remember how Rob listened when I told him about myself and the support I needed for my career and personal development. In June 2018, I was nominated by GLAPI Management to go through the Generali Development Centre (DC). It was a two (2) day talent management process with colleagues GG, Susan, Daleen, Dipak, and Neil from the Regional Office and the purpose was to validate my potential & performance to ensure my continued development and efficient management of my career with Generali. In August 2018, I received very exciting news – I will be part of Generali Asia’s Leadership Empowerment and Development (LEAD) 2018 program! The LEAD 2018 was officially kicked off in Hongkong. I met there my co-12 LEAD participants. The LEAD team was very diverse. We were composed of different people with various expertise and functionalities from the Regional Office and Business Units across Generali Asia. During the LEAD 2018, I was grouped with Wing Fai Tang, Catherine Liu, Kwong Yip To, Suzwamela Zawawi, and Danaiya Vacharakittanont. Together we worked on the Agency Sales Management Academy for Generali Asia, a key enabler for Project ROAR, under the leadership of Bruce de Broize & Leon Holtzhausen. In between working on the project, the LEAD team also had a Corporate Social Responsibility (CSR) activity where it was our endeavour to uplift the chosen community. During this activity we had an opportunity to take care, interact, and play with underprivileged children. We also had a mentorship program as part of the LEAD 2018. It was such an honour to be mentored by Generali Thailand’s CEO, Bundit (Kenny) Jiamanukoonkit. During the first mentoring session, I was nervous and unsure of how this mentorship would playout. But Kenny, being the great leader he is, was very willing to help and guide me in my career and personal development efforts. Kenny would always make it to our mentoring session no matter how busy he was and shared his invaluable gift of knowledge and expertise with me which I still find useful to this day. After six (6) months of hard work, the LEAD team presented our project during the Asia Leadership Group (ALG) meeting last February 2019 at the ITC Grand Bharat, New Delhi. Wing Fai Tang and I were nominated as the representatives of our project team and I felt proud and honoured by it. We proposed our project to over one hundred (100) delegates from Generali’s businesses in the region. An amazing event which I will never forget. The three-day event was full of insightful talks & presentations from notable speakers. There was an award ceremony, workout/breakout sessions, and social gatherings with colleagues from across the Generali Group. Before going home to my country, we also had an opportunity to visit and admire the beauty of the Taj Mahal. The entire journey was truly a great and priceless learning experience. Of course, like any success story, I and our team had our fair share of difficulties and challenges. The project team faced many roadblocks along the way like mostly meeting through conference calls while managing time zone differences. We managed to communicate effectively despite language barriers. All this while juggling our respective occupational functions within Generali. Despite all these challenges, the LEAD team was able to finish strong and delivered our project successfully. One of the best things about this journey was the diverse, intelligent, and wonderful people I have worked with, especially those in my project team. Everyone worked hard, supported & covered for each other, and stayed humble. Our team had a strong sense of camaraderie. We were not just Generali colleagues. We also forged a friendship which holds strong even now despite not having the opportunity to speak or meet with one another very often. I am also forever grateful for the immeasurable support I received from GLAPI and GARO all throughout the journey. My words are not enough to express how happy and proud I am to be part of the LEAD 2018 program which was and still is the highlight of my career. Even after years past, I am still utilizing and refining all the things I learned.

After the LEAD program, it was followed by another opportunity to work for GLAPI Partnership Distribution channel. This time I closely worked with GLAPI’s Chairman & Senior Management, along with Wing Fai Tang from the Regional Office. Together with the team we were able to forge a partnership with Universal Storefront Services Corporation (USSC) to offer a comprehensive yet affordable insurance coverage for Filipinos. Apart from USSC, we also forged a partnership with Cebuana Lhuillier and ExpressPay. Thinking back, I realized that GLAPI was ahead of the competition. Our GenMed (Telemedicine services) was one of our value propositions for our customers even before the Covid-19 pandemic started.

One day while I was reporting to our President & CEO, Reynaldo C. Centeno, I was asked about my career aspirations. I was surprised in the beginning because the President & CEO himself had taken interest in my career development and genuinely mentored me. I felt really inspired and empowered after that meeting. Some time passed and Reynaldo brought the news to me that he met Bruce de Broize during a meeting at the Regional Office in Hongkong. Reynaldo and Bruce discussed about me taking a Short-Term Assignment (STA) at GARO Distribution Team and that I would be deployed in Generali Indonesia (GI) under Stephen Fuller. I was once again amazed by Reynaldo’s actions to ensure my personal and career development. He truly is a worthy leader who values and seeks to nurture the abilities of the people within the company.

In January 2020, I left Manila for Jakarta, Indonesia. I remember arriving in Jakarta with some anxiety due to being in a foreign land without friends or family with me for six (6) months. But as the day went by, I found myself blending well with GI’s Agency Team. I remember the time I had a discussion with GI’s CEO, Edy Tuhirman. He asked me what I wanted to achieve during my STA. He listened attentively, gave me advice, and supported me on this new journey. During my stay, I also had an opportunity to visit an agency office in Alam Sutera with Stephen. Not only did I learn how Agency and MDRT works in GI but I also learned about their culture and even learned how to speak some of the basic Bahasa language. I met and learned from so many people inside and outside the GI office. However, when the COVID-19 pandemic started to breakout, I unfortunately had to fly back home to my country. Afterwards, the Regional MDRT Project Team led by Stephen Fuller with the support of Christina Chan and I worked together with CAOs & the local Agency Teams and after much discussion and consideration, decided to cancel the inaugural Generali Grand MDRT Convention in the stunning Royal Cliff Resort in Pattaya, Thailand. This was where we had planned to recognize the success of one thousand (1,000) Generali MDRTs from across Asia. Despite the challenges brought about by COVID-19, the Project Team redesigned the program and came up with a ‘digital’ solution to be held locally in each country. We had video messages from our International CEO, Jaime Anchustegui, our Regional CEO, Rob Leonardi, Head of Distribution, Bruce de Broize, and even shared some best practice videos from MDRTs across the region. Digital certificates, and other activities to recognize Generali’s most professional & productive Agents were awarded in celebration of their success. It was a fantastic program and it was all made possible through the massive team effort, collaboration with outside vendors, and a focused Generali spirit. Kudos to everyone who put the digital recognition together.

With all the knowledge and experiences I gained in the past years, I continually seek to aid in the building and growing of GLAPI’s Agency force. Currently, I am now in charge of GLAPI’s strategy, training & development, events, and maintenance for agency distribution channel while also being a GLAPI PIC for Regional MDRT initiatives. Recently, I have been selected to participate in another Leadership Development Journey. A tailored learning programme designed by Generali in partnership with INSEAD to drive high performance among the teams, lead significant changes, and boost the culture of innovation under the digital industrial transformation.

As I write my Generali story in celebration of the Group’s 190 years of history, I realize again just how far I have come. I am thankful for the wisdom, friendship, support, and experiences both good and bad that have moulded me into a better version of myself. All these great things would not be possible without the support and trust of the Senior Management & Distribution Team from GLAPI & GARO, friends, and family. I look ahead to the future together. 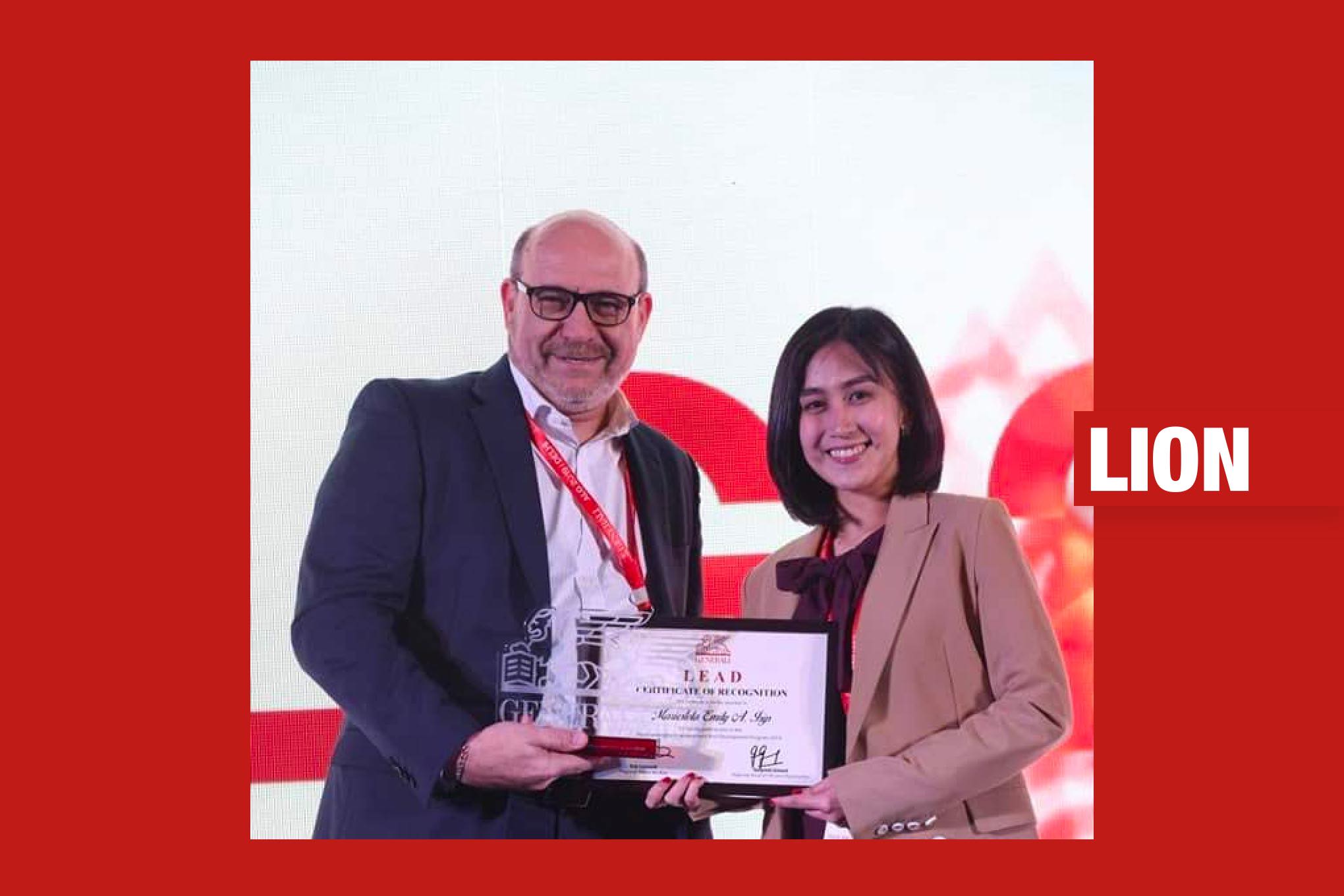 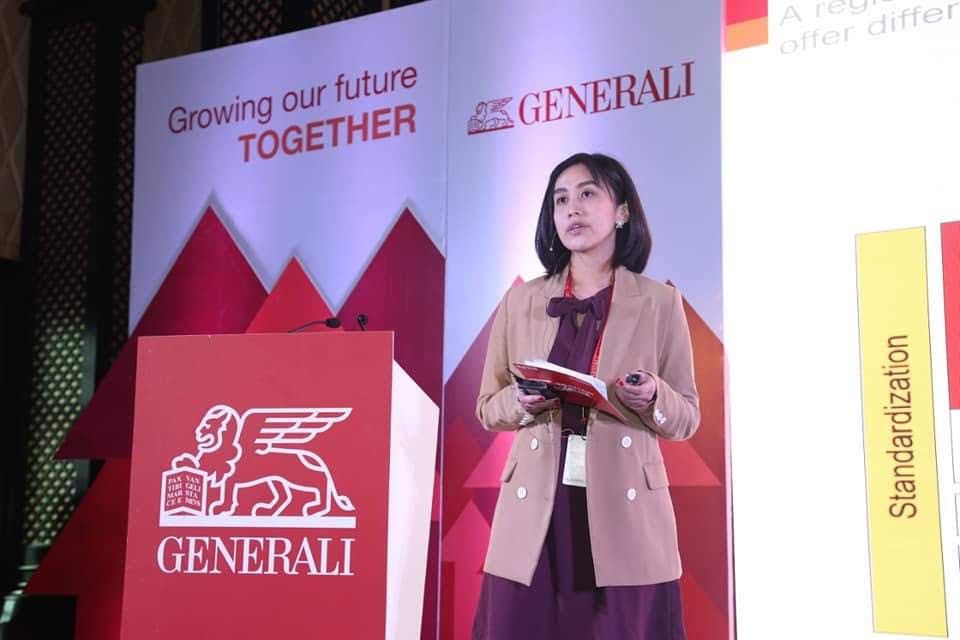 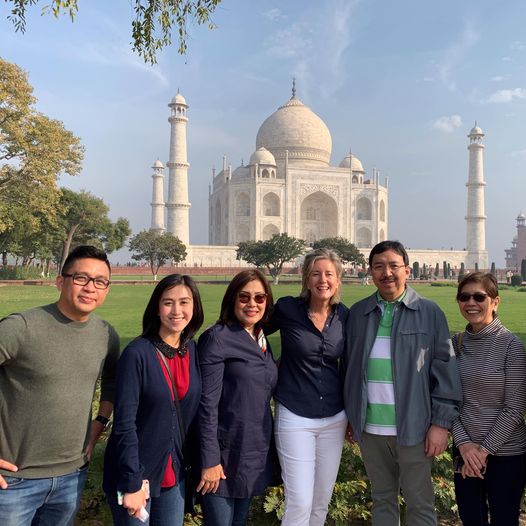 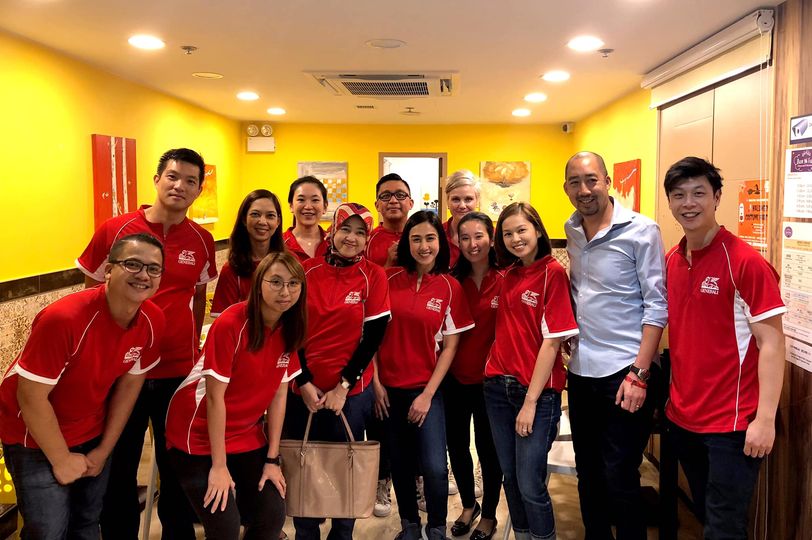 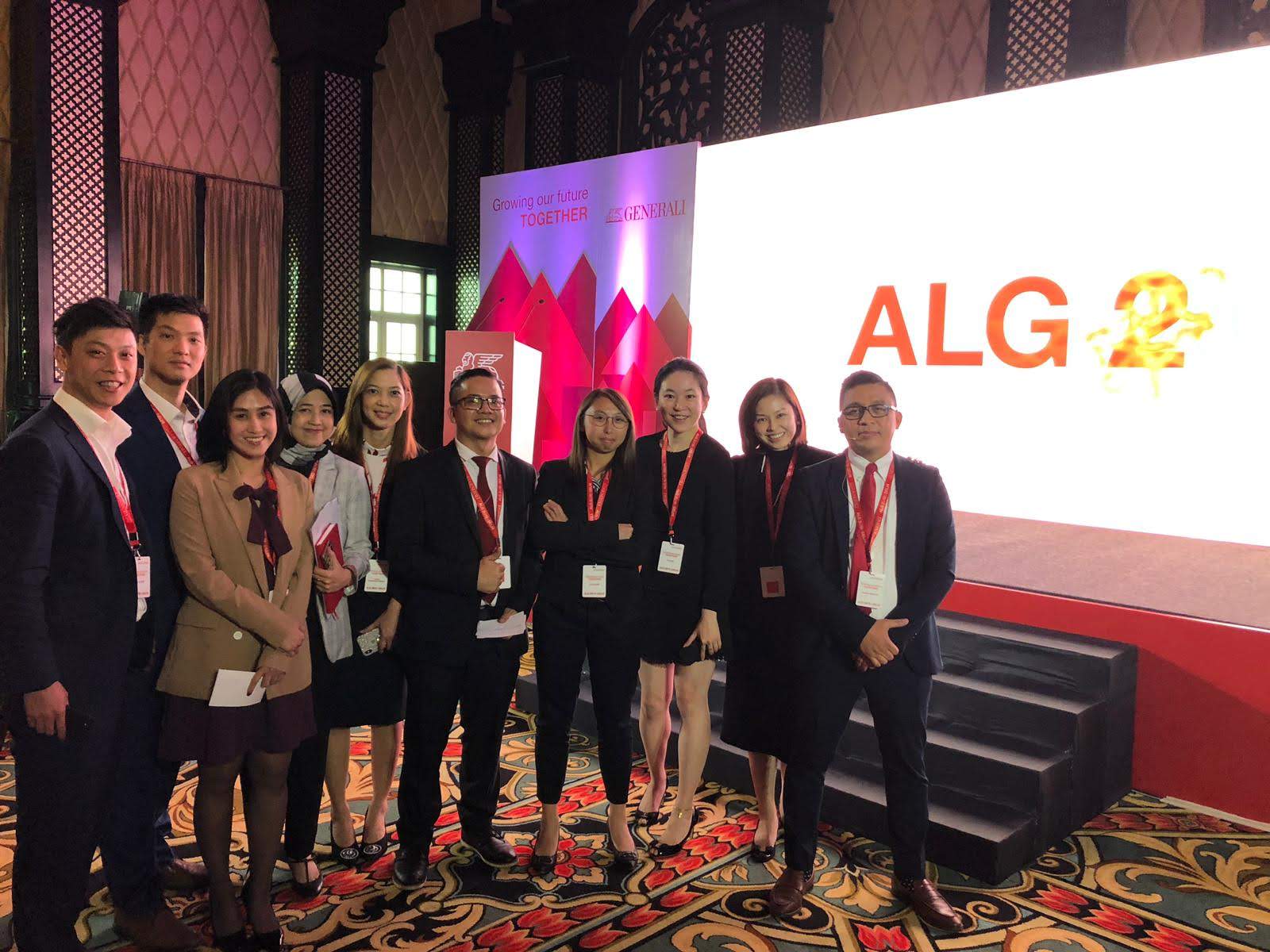 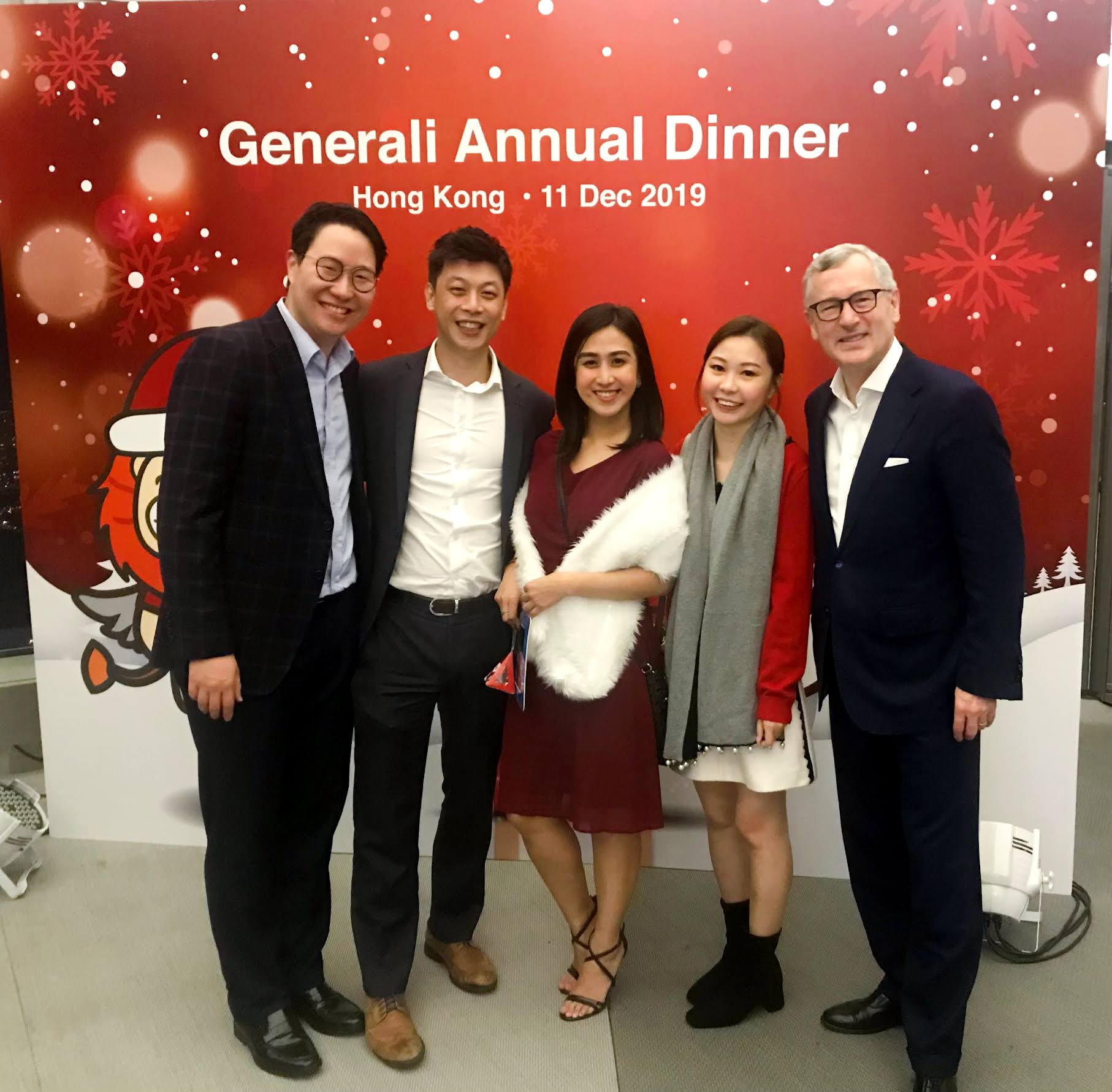 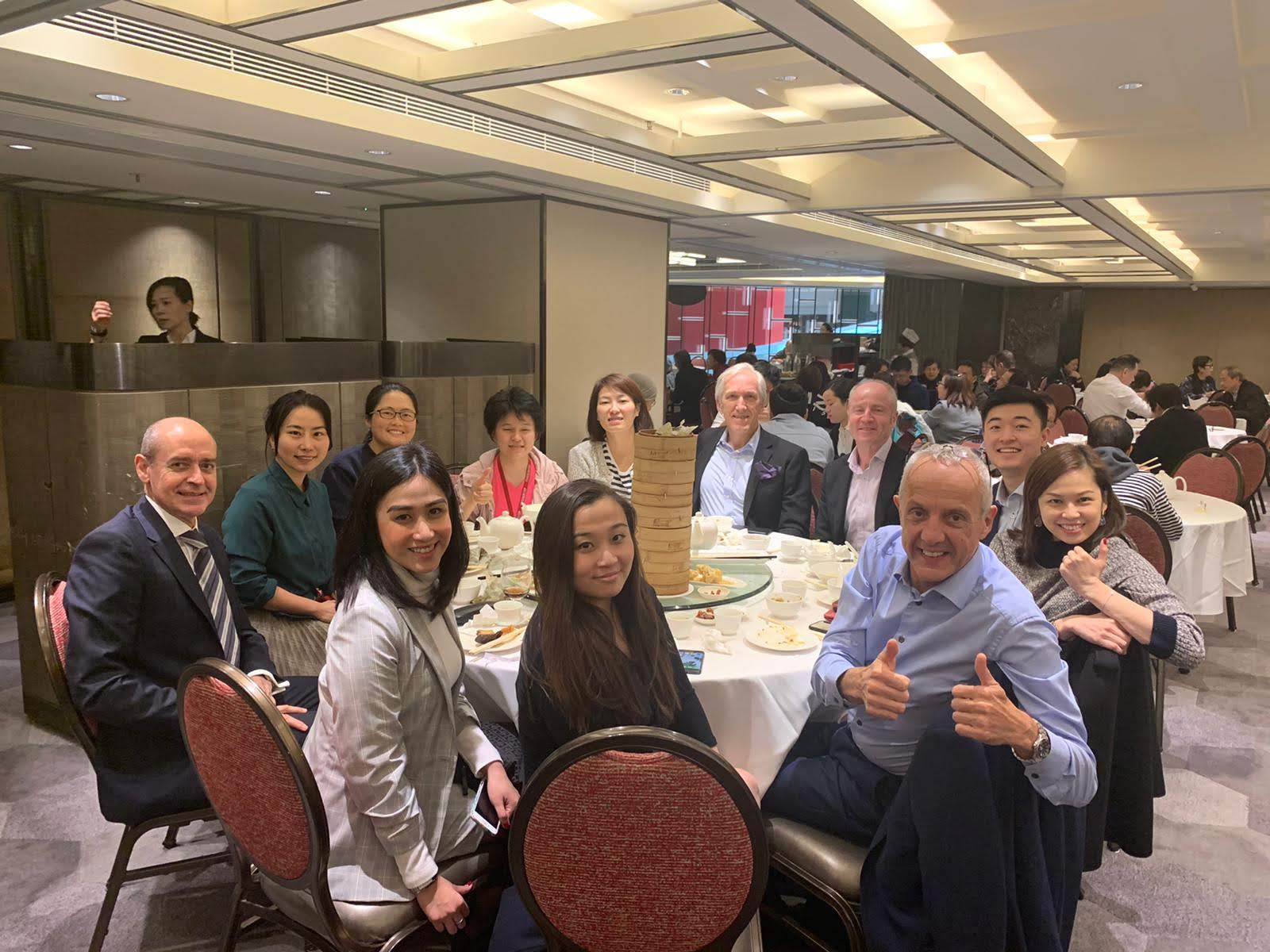 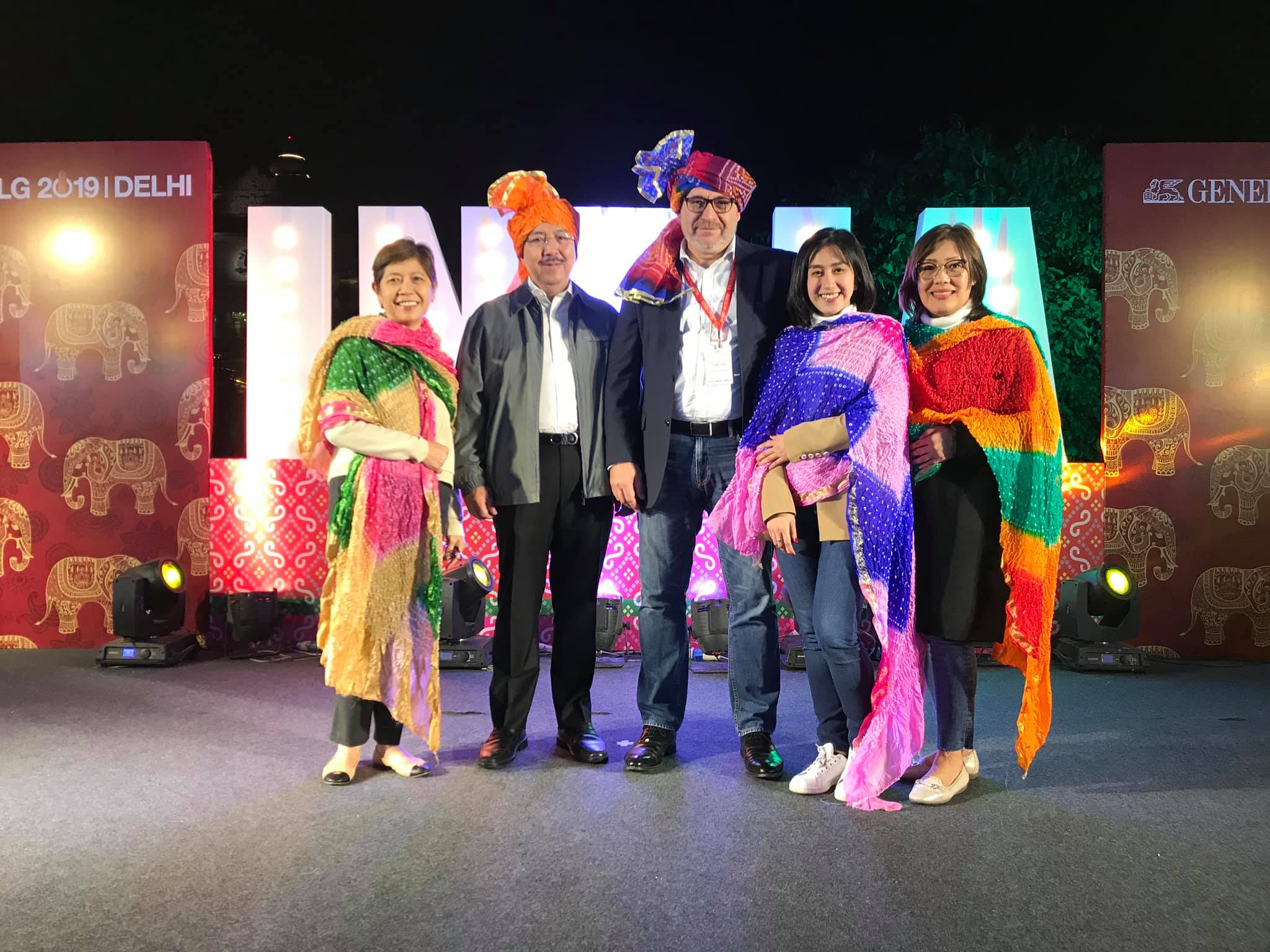 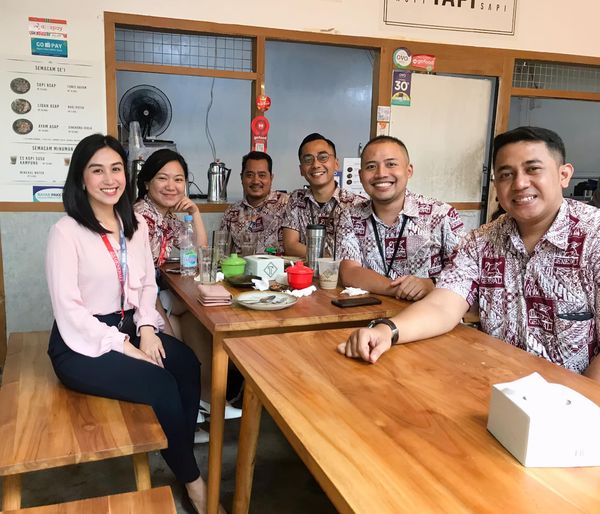 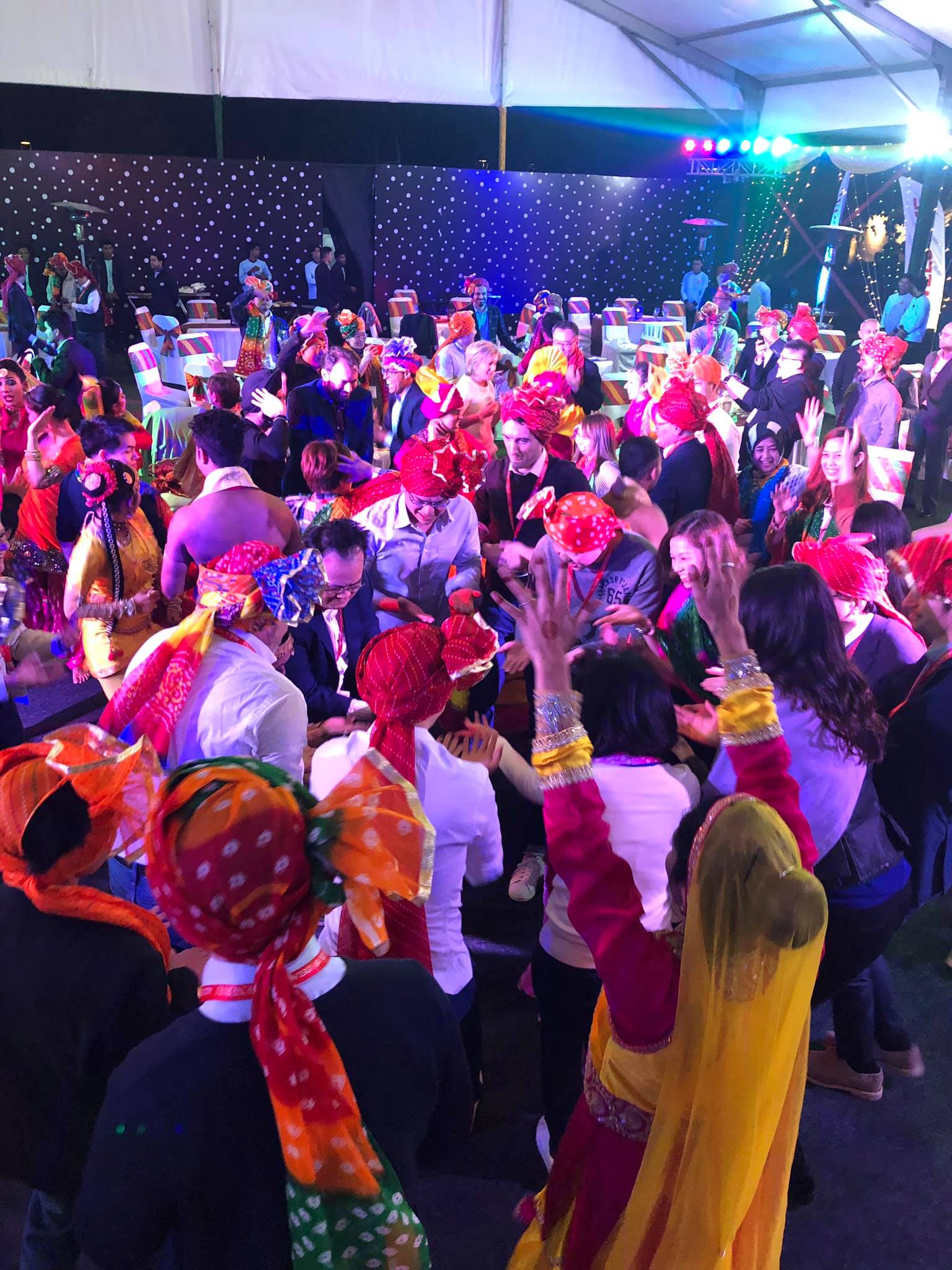